This advice is so spot on that more writers deserve to see it.

Take this advice to heart:

As a writer, here are some things I try to remind myself.

Reach out for, and welcome, scary, crazy ideas because those can be the most brilliant. (Ask Vincent, Sylvia, F. Scott, and the gajillion artists who’ve come before us.)

Don’t be afraid to be outlandish. Think outside the box. Believe there is no box. When writing, allow yourself the freedom to freewheel unfettered through a galaxy of creativity. God, I love that part.

Revise with confidence. Don’t beat yourself up if you don’t immediately get things right. Big, scary, daunting, multi-faceted, novel revision is a marathon, not a sprint–a marathon during which you get to stop and smell flowers, daydream, listen to music, and read other books (how cool is that?), with the ultimate goal of crossing the finish line with a novel you can be proud of.

Polish your novel until it has wings to fly: to overworked literary agents who perk up because you’ve written exactly what they’re looking for; to readers who are moved by your words, excitedly turn each page, and feel a sense of loss when they reach the last word.

Then write more novels to make those readers happy again. 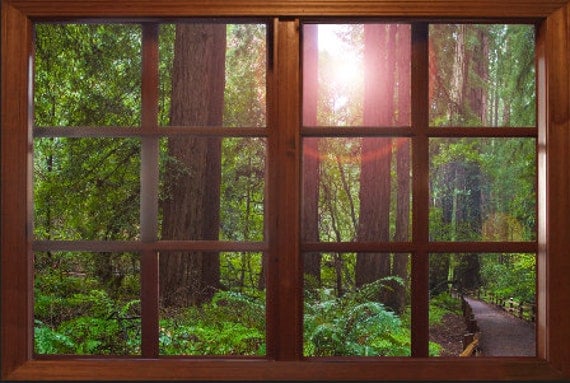 Many successful people actively visualize their life’s ambitions. Over and over, they imagine a specific moment that captures the essence of what they’d like to accomplish.

Before he made it big as an actor/comedian, Jim Carey used to drive to the top of Mulholland Drive, look out on the sparkling lights of Hollywood, and visualize himself receiving  a million-dollar check for his acting work. Professional quarterback Drew Brees, before winning his first Superbowl, saw himself walking out onto the playing field.

What is your “moment?” Here’s mine.

Invigorated by a long walk and at peace with how well my family is doing, I sit in my lovely office with forest light cascading through the window.

Copies of my published novels rest on a shelf.

My literary agent emails to say my latest book has gone to auction and that another has been optioned for a movie.

My imagination swirls with scenes, dialogue, and characters’ intentions for the new novel I’m writing.

Then I write, and the words flow beautifully.

When I’m writing my novel, I love it.

But when I’m away for too long, doubt sets in and I’m filled with everything that’s wrong with it.

With a novel in progress, distance makes the hard grow colder, so stick close to your novel until it’s done, nurture it every day, and you’ll be less tempted to break up with it.

Yes, and I’m nervous and excited about it all at the same time. After weeks of fear-fueled procrastination, I called my local police department–on their non-emergency line, of course. My intimidation only grew as I spoke to the first officer: a stern-voiced woman with a disconcerting ability to speak while barely opening her mouth. I explained in a very scattered way that I was calling as a local resident and writer (yep, that’s the word I used 🙂 ) with a question about police procedure in a missing persons case.

(Note: The book I’m working on is not a crime story, but it does contain an important incident involving the police, and I wanted it to be accurate.)

As she patched me through to the detective division, my palms really began to sweat. My thoughts at this point were: I’m not worthy; the detectives are busy solving crimes; I shouldn’t be troubling them with a petty writing question.

But then I told myself: it’s just one question, and I repeated this aloud to the next person I spoke with, Sharon, who surprised me by speaking in a lilting Scottish brogue. (I’ve never heard a character on a cop show speak this way, and since that’s pretty much my only exposure to police detectives, I was surprised.)

I’m not going to say getting an answer from Sharon was easy. If today’s call was any indication, law enforcement officers do not like giving definitive answers to questions like:

If there’s a missing person whose vehicle is taken into evidence and there’s no obvious sign of foul play, how long might it take for the vehicle to be returned to the family?

Sharon went off on several tangents (I took notes anyway), and I kept reeling her back in with comments like, “That makes a lot of sense. What do you estimate the range of time might be for a vehicle to be returned to the family?”

More tangents.  More variations of my question. Then, at last, an answer:

In a missing persons case, if a vehicle is taken for evidence, detectives and CSI officers try to process and release it back to the family as soon as possible. If there’s no blood stain or other evidence of homicide, the vehicle might be returned to the family in as soon as a day.

Eureka! What a relief to finally have an answer to my question; the uncertainty had really been bugging me and was putting a crimp in my plot timeline.  Now, as I dry off my sweaty palms, I want to share that I am also proud of myself for taking another step in my journey toward becoming a successful published author. For those of you who’ve read my blog, you know this is my mission and my dream.

“Write what you know” messed me up as a writer for a long time but not anymore. I was conflicted because I thought Mark Twain’s adage meant I could only write with authenticity about experiences culled from my own life. But this morning, as I contemplated the third draft of my YA fantasy novel, I had an epiphany. My protagonist — a feisty, daredevil fifteen-year-old girl living in a magical, alternate world — might be very different from me, but she is exploring the great theme of my own life: Who am I? Why am I the way I am? Where do my people come from?

I am writing what I know.

I’d be really curious to learn what stirs your imagination and creative spirit.  If it’s music, do you usually listen to the same music, or does the music vary depending on what you’re creating?  Reading great literature?  Exercise — rigorous workouts or leisurely strolls?  Habit, as in writing at the same time every day or in a particular environment?  Meditation?  Random things?

I’d love to hear from you!

Admittedly not the prettiest word, ‘logophile’ conjures an image (at least in my brain) of a crocodile, on a log, (ph)iling his claws. But seriously, how much can a person love her thesaurus? All 978 book-bound pages of it.