I’m still madly in love with V.E. Schwab’s writing. Just finished reading Vicious, and what that woman did to the superhero genre. . . I hardly knew who to root for. It was crazy. I got so invested in the story and characters.

Speaking of Victoria V.E. Schwab, did you know that she wears a bracelet emblazoned with the letters WWNGD? The letters stand for “What Would Neil Gaiman Do?” Just as Gaiman is her role model, Schwab is mine. She isn’t afraid to write books in different genres, she works hard, she is gracious, and she is successful. That is why I wear this every day.

My “WWVSD” bracelet inspires and reminds me to work tirelessly toward my goal of becoming a successful published author.

Over the past few years I’ve written four novels. The fifth one (five has always been my lucky number)–which recently started writing–has grabbed hold of me and won’t let go. In a previous post  I mentioned I’d like to read a story in which Cinderella ends up, not in a cliched relationship with Prince Charming, but in a loving relationship with his dark, lovely, girl-knight sister. Well, guess what? Now I’m writing it! Ironically, I’m not a big romance reader, so in addition to romance there’s magic, a ghost, a betrayal, an invasion, and the coolest council of women magicians who hold even more power than the royal house. Whenever I write about the council it’s like stepping into Beyonce’s song, Run the World (Girls). Am having so much fun with this novel. 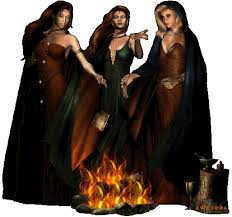